On Feb. 9, US apparel group HanesBrands, owner of labels like Champion, Playtex and Dim, announced it intends to reconsider its activity in Europe, a strategic decision aimed at “optimising the business.” Despite recording a 4.3% revenue slump in 2020, down to $6.64 billion, the North Carolina-based group still remains an interesting player.

Indeed, the labels owned by HanesBrands were generally resilient last year, their business boosted by demand for athleisure apparel and loungewear during the lockdowns imposed in many countries, leading the group to post a 2.8% rise in sales in Q4 2020. Sportswear label Champion even recorded an 11% rise in sales at constant exchange rates.

However, operating income for HanesBrands, which has been led by Steve Bratspies since 2020, went in free-fall last year, dropping to $6.5 million, compared to nearly $890 million a year earlier. In the wake of these results, HanesBrands has launched a new ‘Full Potential’ strategic plan.

The plan features some 20 initiatives, among them a 20% reduction in the number of products in the group’s catalogue. They will be outlined in more detail next May, but in the meantime the group has identified the four main pillars of its renewed growth effort. The first three focus on expansion: stepping up the pace of Champion’s growth, boosting the group’s assortment of brands and products targeting a younger clientèle, and broadening the group’s e-tail footprint. The fourth relates to the divestment of businesses no longer regarded as strategic by HanesBrands. The group has indicated it is exploring alternative solutions for its Europe-based brands, preferring to focus on opportunities on its domestic market.

Specifically, this will affect the Hanes Europe centralised service hub, and underwear labels Dim, which is operated in France; Nur Die, in Germany; Abanderado, in Spain; and Lovable, in Italy. According to Dim’s trade union representatives, initial steps towards the label’s sale have already been taken.

In a conference call with financial analysts, Bratspies said that “in terms of our European [underwear] business, we are at a very early stage, but we wanted to just let you know that we’re starting the process. In 2020, [the business] accounted for a revenue of $500 million to $600 million, with an operating margin a little below the group’s average.” Bratspies added that “it’s largely a wholesale business, but it does have some online, some own-retail with it. The biggest countries we operate in are France, Germany, Italy, Spain, and the business has some great brands.”

Bratspies also stated that “DIM in France, Nur Die in Germany, Abanderado in Spain and Lovable in Italy are really good brands. We have a very strong team [in Europe]. But we have finite resources, and we are focusing on where we think we can generate the best long-term returns. It is all good business, but we’re simply asking ourselves whether it is the right business for us now. So we have started this process.”

HanesBrands is likely to retain control of labels like Champion and Playtex, but there clearly is a question mark on the future of its European brands.

In France, Dim still enjoys widespread popularity with consumers, its products present in the wardrobes of virtually every French woman, according to a study by the French Fashion Institute three years ago. Dim is a dynamic market presence, and last year it launched a baby range and boosted its commitment to sustainability.

Union representatives for the company, which is based in Autun, central France, where it produces the majority of its tights, are sure HanesBrands is intent on selling its European activities. In France alone, this will affect 1,200 jobs, of which 650 in Autun.

However, HanesBrands doesn’t seem to be under any pressure. Are potential buyers already lining up to acquire Dim? The label has changed hands several times in the past, and has undergone various reorganisations, most recently in 2015, with the loss of 150 jobs.

Dim currently operates 32 monobrand stores in France, outlet stores included, and has a strong presence in mass-market distribution and department stores. It has also forged partnerships to open concessions in the RougeGorge chain, owned by the FashionCube group, and recently with Vib’s, a multi-brand retailer owned by the Beaumanoir group, with an in-store test in Salon-de-Provence. These initiatives are evidence of Dim’s brand appeal. It remains to be seen whether the label’s potential buyers will come from the distribution, industrial or private equity sector. 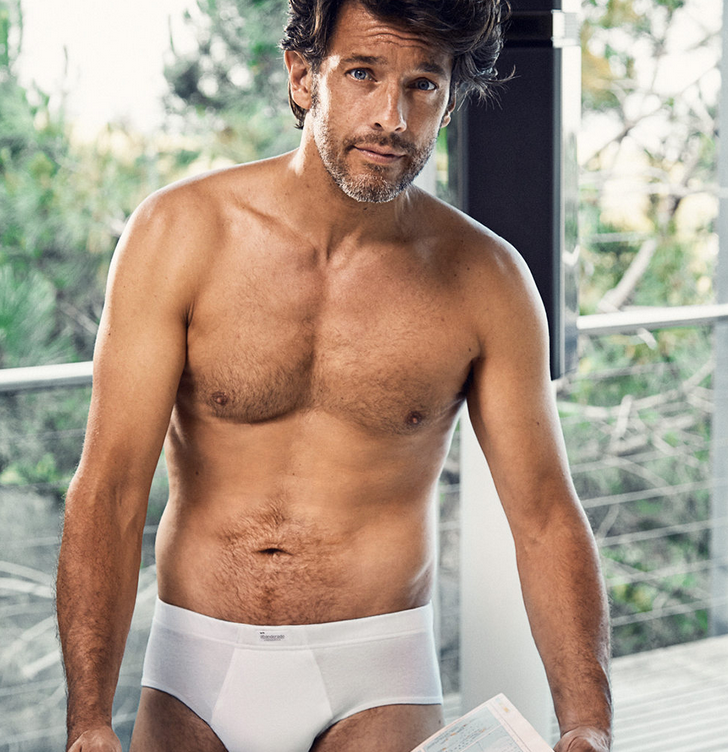 In Spain, FashionNetwork.com has learned that HanesBrands has already embarked on a restructuring plan that is set to affect 80 of the group’s 300 local employees. Negotiations with trade unions are under way, and are expected to reach a conclusion by the end of February.

HanesBrands is present in Spain with Dim, Playtex and Shock Absorber, as well as with Abanderado, a men’s underwear specialist founded in 1963 in Mataro, close to Barcelona. HanesBrands’s Spanish management said that the majority of the job cuts relate to concessions operated with El Corte Inglès department stores, where the US group generates 40% of its Spanish revenue. HanesBrands is currently renegotiating its commercial agreement with El Corte Inglès.

In Germany, HanesBrands has some 400 employees, based in the city of Rheine and looking after the German-speaking and central European countries. The group is a heavyweight in the local underwear market, with brands like Nur Die and Nur Der, created 50 years ago, as well as Elbeo, Edoo, Bellinda, Playtex, Shock Absorber and Wonderbra.

Finally, in Italy, HanesBrands is based in Grassobbio, a small town near Bergamo, Lombardy, where it operates the business of Lovable, a label born in 1962 and featuring budget underwear for men and women, as well as a baby range launched last year. Lovable is a strong player on Italy’s domestic market, where it is available at over 100 stores and online.

In 2014, HanesBrands made a come-back on the European market after buying DBApparel, owner of all the brands mentioned above, for approximately $400 million. Now that fashion and retail distribution have been struck hard by the Covid-19 crisis, how much will HanesBrands be offered for these assets?

Check us out on IG