As health and wellness spikes in post-quarantine China, some consumers are likely to prioritise posh gym gear over traditional luxury goods. At least for a little while.

SHANGHAI, China — In the darkest days of China’s coronavirus outbreak, the streets of major cities, normally teaming with tens of millions of inhabitants, lay eerily empty.

As people in many other countries are now doing, China’s vast population retreated inside their homes in late January. Every day, people spent hours online, not only desperate for the latest news on the virus, but also researching ways to combat its seemingly relentless spread and sharing tips to boost immunity and improve overall health.

Many international brands were noticeably quiet on China’s social media channels in this post-Chinese New Year period, posting about company donations to the Red Cross and voicing unbridled support for China in its battle against the virus, but ceasing the usual flow of brand-related content to a captive audience. Notable exceptions were global sportswear brands, including Lululemon and Nike, who responded to the quarantine quickly in positive and on-brand ways.

Both Lululemon and Nike saw an uptick in e-commerce in China.

Admittedly this is an easier task for companies with health and fitness as an existing core brand value, but it nevertheless increased mindshare for these brands. In addition to specially designed online yoga and fitness classes to suit small spaces, the Lululemon livestreams also promoted mental wellbeing, with mindfulness a focus, a message that offers something relatively new for Chinese consumers in the context of modern China’s relentless surge to be the fastest, strongest and best.

‘’We are trying to help people look after themselves. The best way to navigate this time is to stay closely connected and to stay active for your physical and mental well-being,” explains Keen Yim, Lululemon’s Asia-Pacific Vice President of Brand and Community. “The digital classes we’re offering are widely available, and the response has been incredibly positive to date.”

Both Lululemon and Nike sounded positive notes on their future in the China market in earnings reports at the end of March. Though China revenue dropped as stores closed across the country, both saw an uptick in e-commerce sales cushion those losses. According to Lululemon’s Chief Executive Calvin McDonald, e-commerce in China grew 70 percent in the fourth quarter.

Having opened its first store in China four years ago, Lululemon has 30 stores in the country today and plans to continue a retail roll-out. Their penetration remains low compared with many other peer brands that boast hundreds, if not thousands of stores.

In a plethora of consumer reports and analyst notes focused on China released in the last two months from sources including China Luxury Advisors (CLA), Bain & Co., and Fung Business Intelligence Group (FBIC), all predict a poorer outlook for luxury in the wake of the virus, as well as a more positive outcome for fitness and wellness-related products and categories.

“Demand for… fitness-related products and services such as sportswear, trainers, wearable fitness devices, [and] fitness training, is set to increase as good health may become one of the most valuable attributes of life after the epidemic,” the FBIC report released in mid-March reads in part.

It should come as no surprise that a population that has become obsessed with health and healthcare in the shadow of this pandemic over a period of more than two months, should see that interest manifest in different ways now, even as the immediate threat to health and wellbeing from Covid-19 fades somewhat.

Further emboldening the optimism for sportswear companies is the anticipation of belt-tightening measures among Chinese consumers. The CLA study showed 86 percent of surveyed consumers plan to “spend less” overall this year compared with last, largely due to the economic uncertainty that faces China as its own economy recovers from the virus outbreak and it also potentially suffers flow-on effects from a global economic downward spiral.

Good health may become one of the most valuable attributes of life after the epidemic.

It is, after all, easier for many of China’s 400 million middle-class consumers to contemplate spending 850 yuan ($120) on a new pair of Lululemon leggings, in comparison with spending tens of thousands of yuan on a new luxury handbag.

Like the boost it gave to e-commerce and livestreaming, the pandemic simply accelerated a trend for fitness and wellness that was already gaining momentum in China before the first outbreak. According to a 2018 Euromonitor International report, the country’s sportswear market was worth approximately $40.6 billion last year, and sportswear spending was on-track to surpass spending on luxury goods by the end of this year.

According to the firm’s data, around 70 percent of Chinese consumers increased their spending on sports shoes by more than 5 percent between 2017 and 2018, while around 60 percent did the same with sportswear.

Kelly Gao, 31, a project engineer in the automotive industry, embraced fitness and healthy eating 18 months ago and is now introducing colleagues and friends to F45, a boutique fitness centre in Shanghai where she works out almost daily.

“Before I started training, I got ill for one month and I felt like everything was negative. I wanted to change something in my life. It was hard, but I found I enjoyed it and then started going to the gym every day after work,” Gao says.

She has also become an avid consumer of active wear, especially in the first year of her journey as losing weight meant she had to regularly replenish her workout clothes in smaller sizes.

“I like some brands, but I basically just search Taobao for the styles I like. The design is more important [to me] than the brand,” she adds. Gao prefers working out in colourful, co-ordinated bra tops and leggings, with brighter colours making her “feel happier in the gym.”

She predicts that most consumers will not necessarily be loyal to any particular brand, or have a preference for international brands over domestic rivals, the latter having been on the rise in recent years — and not just big sportswear players like Li Ning and Anta. 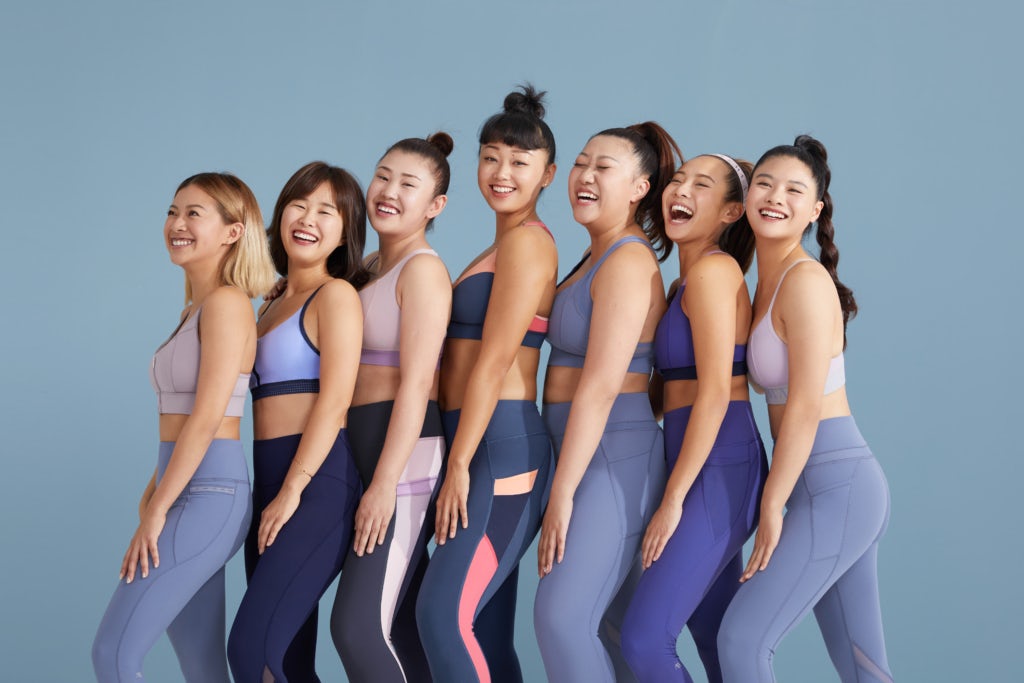 Mia Wang, the brand’s chief executive and co-founder, describes Maia Active’s growth over the past three years as “explosive.” In 2019, sales revenue topped 100 million yuan ($14.17 million) and charted highly on the sportswear rankings on China’s e-commerce event days, including Double 11 and 618. With 90 percent of sales coming through e-commerce and only three offline stores, sales were hardly dented as China closed for business during the coronavirus shutdown.

Like her counterparts at the global giants, Wang too leveraged livestreaming, tapping a network of affiliated health and wellness trainers to teach workouts using social media platforms Xiaohongshu, Douyin and WeChat to reach out to their community as they were stuck at home.

The company created an online campaign called the “14 Day Challenge” in which fans clocked in every day in a WeChat group, sending workout pictures and interacting with other brand followers. “Our customers value their health and wellness even more [than ever],” Wang adds.

Other Chinese companies have been tapping into the growing awareness of health- and wellness-focused products in different ways. For instance, one of the country’s largest purveyors of lingerie, Cosmo Lady, revealed as part of its year-end earnings last month that it would be launching personal hygiene products before the end of 2020.

The announcement that the company, which saw revenue fall 20 percent in 2019 compared with a year earlier, would be pivoting to face masks and anti-bacterial intimate wear products, including bras, underwear, vests and sleepwear, was enough to prompt a precipitous 20 percent stock price rise.

That news should prove instructive to brands beyond the sportswear arena who are interested in reaching China’s increasingly health and wellness-focused base of consumers.

An added benefit for luxury brands may be the addition of product categories at lower price points than traditional ready-to-wear fashion or leather goods, further enticing an even broader base of middle-class consumers in China.

While perfume and sunglasses have long been considered gateway products to lure consumers into the world of luxury, 2020 might be the year that branded face masks join their ranks.

Phone Maker Xiaomi Gets Into the Discount Luxury Business

Xiaomi, a Chinese technology company known for its affordable phones and other electronic devices, has launched a discount luxury channel on its e-commerce platform. Xiaomi Youpin features products from brands including Gucci, Prada, Versace, Hugo Boss and Bally, as well as affordable luxury brands such as Coach, Michael Kors, Longchamp and Kenzo. The off-season merchandise is commonly discounted between 20 and 50 percent and the majority of users (60 to 70 percent) are male, correlating with the technology brand’s popularity with men. (Shumin Lai and Jing Wang for BoF China) 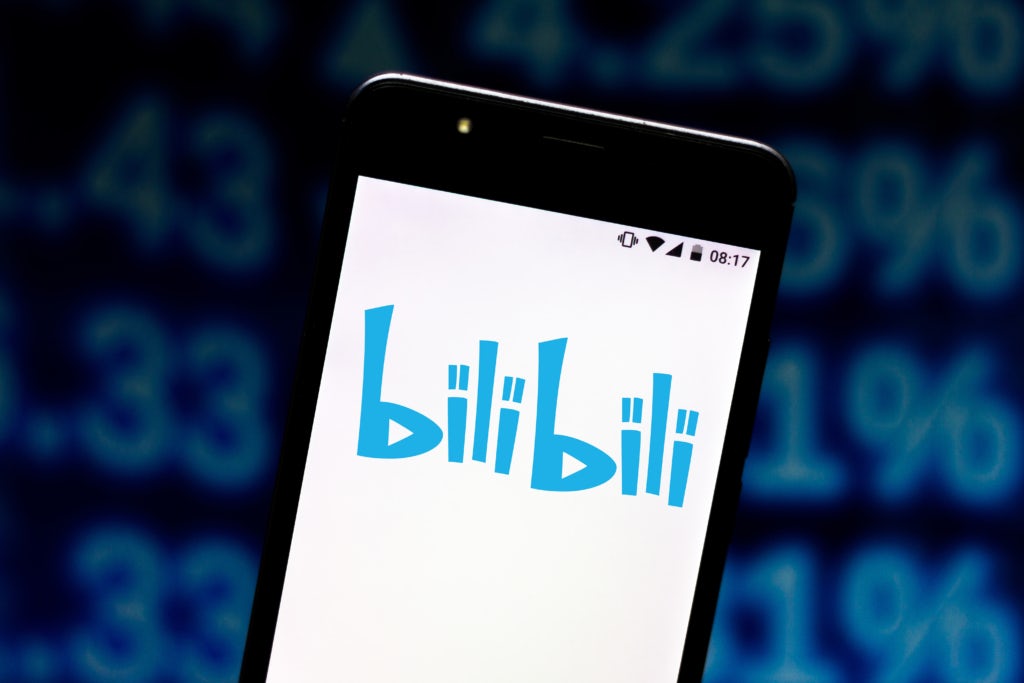 China’s first homegrown virtual influencer only surfaced in early 2019 when online magazine Voicer introduced Poka. She has since lent her likeness to brands such as Gucci, Canada Goose, and Shushu/Tong. Although virtual influencers remain a new phenomenon in China, the last 12 months has seen Xiao Wanzi, a virtual marketing “persona” created by beauty brand Perfect Diary, and Tmall’s Aimèe enter the fray. (Radii China) 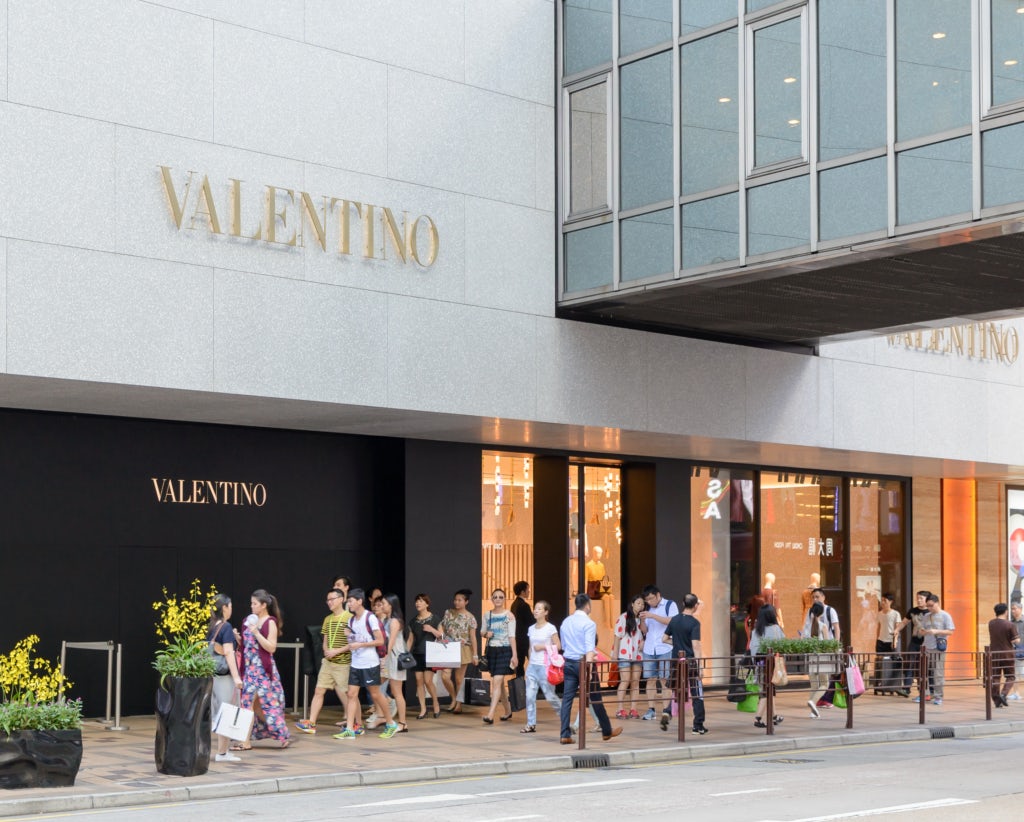 Italian fashion label Valentino has become the second top luxury label to close a flagship store in Hong Kong’s Canton Road, following jeweller Tiffany and Co., as Hong Kong’s prolonged retail slump makes flagship rents harder to bear. Canton Road, along with Russell Street in the neighbourhood of Causeway Bay, was until recently one of the world’s most important locations for luxury brands. (SCMP)

The China Commerce Association for General Merchandise (CCAGM) yesterday released the results of its first weekly survey of China’s retail industry since the abatement of the country’s coronavirus outbreak. A total of 93 retailers (department stores, malls and supermarkets) from 22 provinces participated in the survey, which found that all had resumed operations to some extent, with 79 percent reporting they were 100 percent up and running again. For malls, 60 percent reported that consumer footfall and sales were back to at least 50 percent of “normal” levels. (CCAGM Official WeChat) 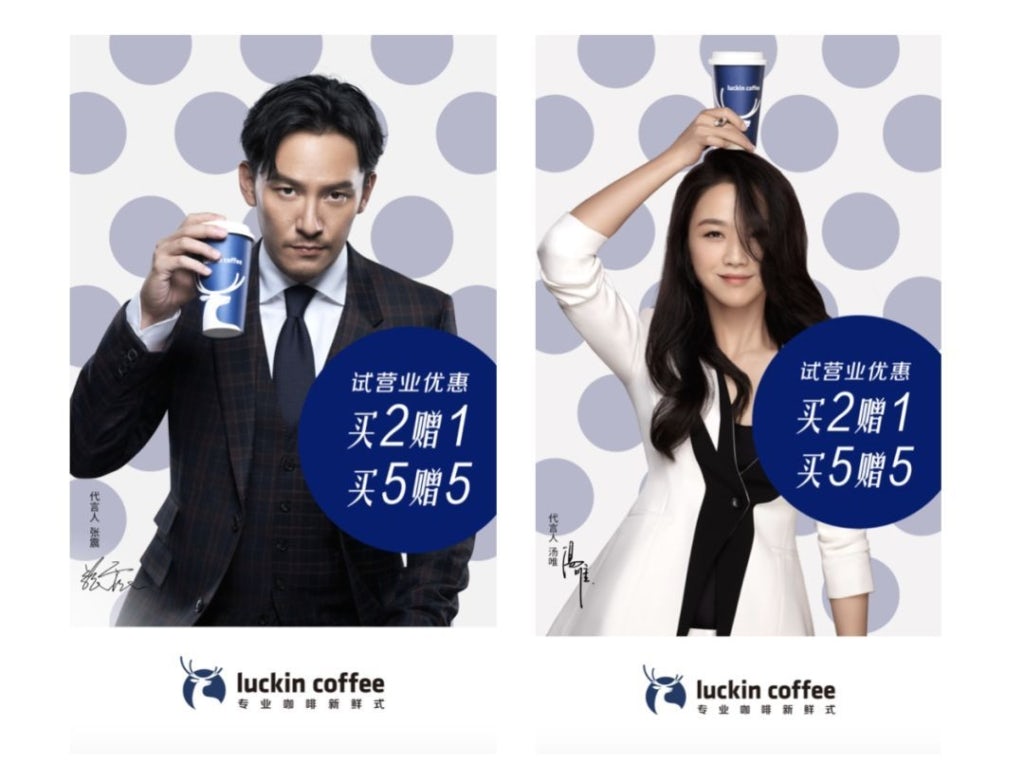 Chinese coffee chain super-brand Luckin Coffee has been in the spotlight the past week after the company revealed in an SEC filing that an internal investigation had uncovered an alleged $300 million fraud on the part of its former COO. This news led the stock to drop nearly 80 percent in one day. Chinese consumers appear to have rallied around their homegrown Starbucks competitor, mobile intelligence service Apptopia has recorded a huge surge in downloads of Luckin’s iPhone app in recent days. On Chinese social media, most commenters seemed unfazed by the scandal and continued to voice support for Luckin. (Technode)

Just a week after the World Bank downgraded its expected GDP growth forecast for China to 2.3 percent (compared with the 6.1 percent growth reported in 2019) two new reports have this week thrown their own predictions into the ring. Fung Business Intelligence Group offered a range of 2.5 percent full-year GDP growth at the low end and a best-case scenario of 3.5 percent year-on-year. The Economist Intelligence Unit, meanwhile, expects China’s 2020 full-year growth to be “a mere” 1 percent. (Economist Intelligence Unit, Fung Business Intelligence Group)

Credit: Business Of Fashion – Click here to read the article