LONDON, United Kingdom — While most Asian countries seem to have coronavirus under control, with life in China beginning to return to normal and countries such as South Korea pre-empting a lockdown by mass testing and contact tracing, the West is now feeling the brunt of the global pandemic. Over the course of the past month, retailers have shut stores in Europe and the United States, and companies from LVMH to Burberry to Chanel have switched production from luxury apparel and fragrances to hand sanitisers, face masks and other protective clothing in a bid to support their national governments.

In addition to offering up manufacturing capacity, luxury groups have also dug into their deep pockets to make donations to vaccine research (Burberry), the building of field hospitals (Valentino, Balmain) and to various health institutions (Armani, Kering). Bulgari, Capri Holdings, Dior, Dolce & Gabbana, Estée Lauder, Gucci, L’Oréal, Moncler, Hermès, Ralph Lauren, Tiffany, Prada, Shiseido, Swarovski, Tapestry and Versace are also among the companies who made donations to support the fight against the virus.

Results announcements in March were generally positive but have obviously been foreshadowed by the uncertain outlook. Tiffany, Tod’s and Prada all announced encouraging results for 2019. Tiffany and Tod’s even exceeded investor expectations, while Prada announced that it had a very positive start to the year until the coronavirus outbreak erupted.

Tiffany abstained from commenting on the outlook, due to the pending acquisition by LVMH, but Prada and Tod’s warned of a difficult year ahead. Other companies have joined this chorus: LVMH anticipated that first-quarter sales could decline by anywhere between 10 to 20 percent, and Kering’s expectation of first-quarter sales decline was in the range of 13 to 14 percent.

In the UK, Burberry predicted its fourth-quarter sales to be down 30 percent on a comparable basis. Burberry’s sharper drop in sales reflects its higher exposure to brick and mortar retail in mainland China. This may, however, turn into an asset as stores have begun to re-open in China and trade is picking up both online and in stores.

Five deals were announced this month: two in the UK, two in Italy and one in France. The Marandi family, which recently acquired Anya Hindmarch, added the UK-based luxury furniture retailer the Conran Shop to their investment portfolio; and Oakley Capital, a mid-market private equity investment firm set up by British internet entrepreneur Peter Dubens, acquired a majority stake in UK heritage luggage maker Globe Trotter.

The Savigny Luxury Index (SLI) ended March 9.4 percent down, despite bouncing back in the second half of the month, outperforming the MSCI by 5 percentage points. 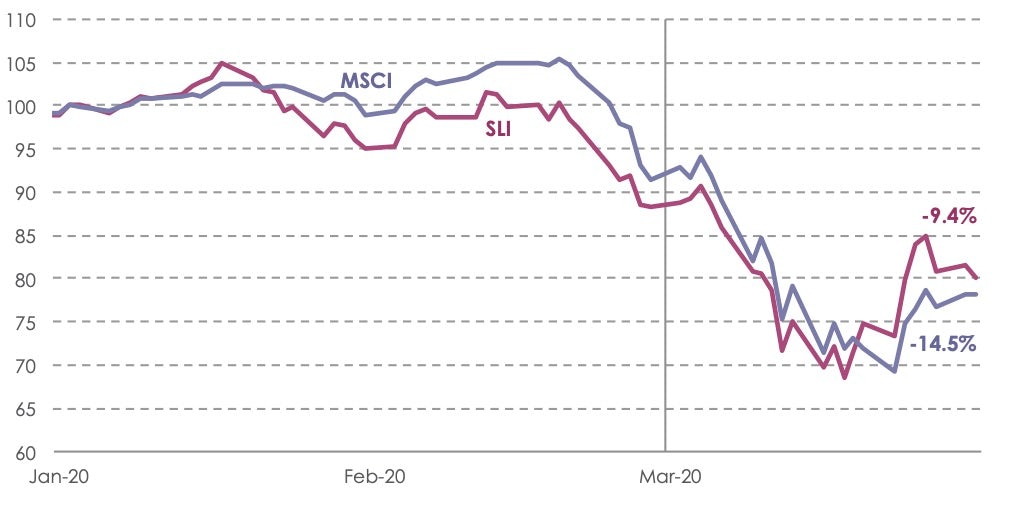 Industry response to the coronavirus has been swift. Store closures and the cancellation of fashion shows have attracted much attention. But measures, like reducing dividends, cutting share buybacks, putting staff on furlough and cutting non-critical capital expenditures, are also being introduced across the board so as to mitigate the financial impact of the coronavirus.

China is waking up again and hopes for a vaccine have lifted investor spirits, so there is hope yet. Some commentators take the view that the luxury sector will “weather this storm,” notably pointing to the first signs of a fast recovery in China, which would benefit the luxury sector disproportionately. We agree. 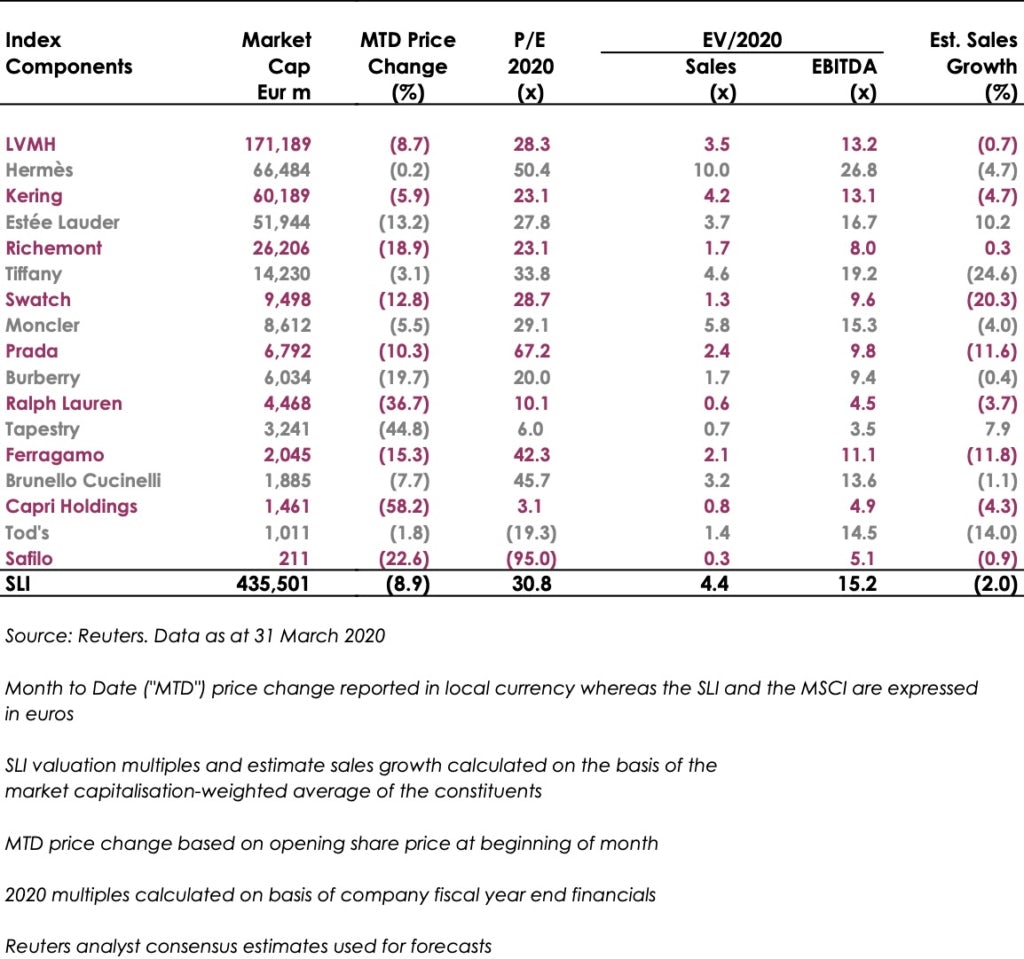